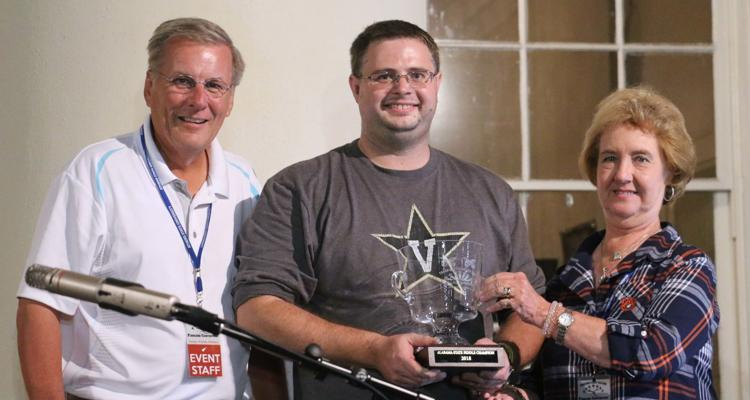 The 52nd annual Tennessee Valley Old Time Fiddlers Convention was held at Athens State University from October 4-6 with a record crowd of over 10,000 people attending the festivities.

Bill Jones, from Covington, Georgia, was named “Alabama State Fiddle Champion” after winning the “Fiddle Off,” the competition that pits top fiddlers from the junior, intermediate, and senior divisions. Tyler Andal from Nashville, Tennessee finished second, and Mark Ralph from Whitesville, Kentucky rounded out the top three.

The next Tennessee Valley Old Time Fiddlers Convention is scheduled for October 3-5, 2019. In addition to the annual competitions, the 2019 musical entertainment lineup includes concerts by Ricky Skaggs and Kentucky Thunder on Friday, October 4 at 4:00 pm and 6:00 pm. Tickets are on sale now at www.tvotfc.org.

This project was made possible in part by a grant from the Muscle Shoals National Heritage Area, Alabama State Council on the Arts, and Alabama Department of Tourism.