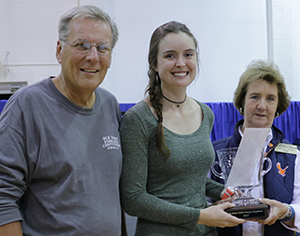 Denton, of Murfreesboro, Tennessee, won the title by winning the “fiddle off,” which pits the top fiddlers from the junior, intermediate, and senior divisions. Sharon Bounds of Northport, Alabama finished runner-up. Denton, who won the junior fiddle division, earned the convention’s top prize of $1,200.