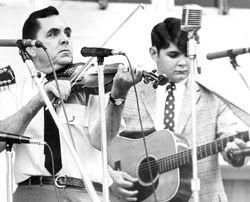 The 50th anniversary of the Tennessee Valley Old Time Fiddlers Convention is all the more special to John Owen, because it was in that first year, 1966, his uncle William “Bill” Owen was crowned the first Fiddle King.

“I will always say, at least in my eyes, he was one of the best fiddlers to come out of Limestone County,” Owen told The News Courier Thursday.

John Owen is traveling from Kentucky to Athens this weekend to be part of the anniversary celebrations. It’s sure to be a trip full of memories, because the convention was always a family affair. But even before the convention started, the Owen family was a name just as well known to the Limestone County music scene as the Delmore Brothers, Owen said.

Read More at the News Courier…