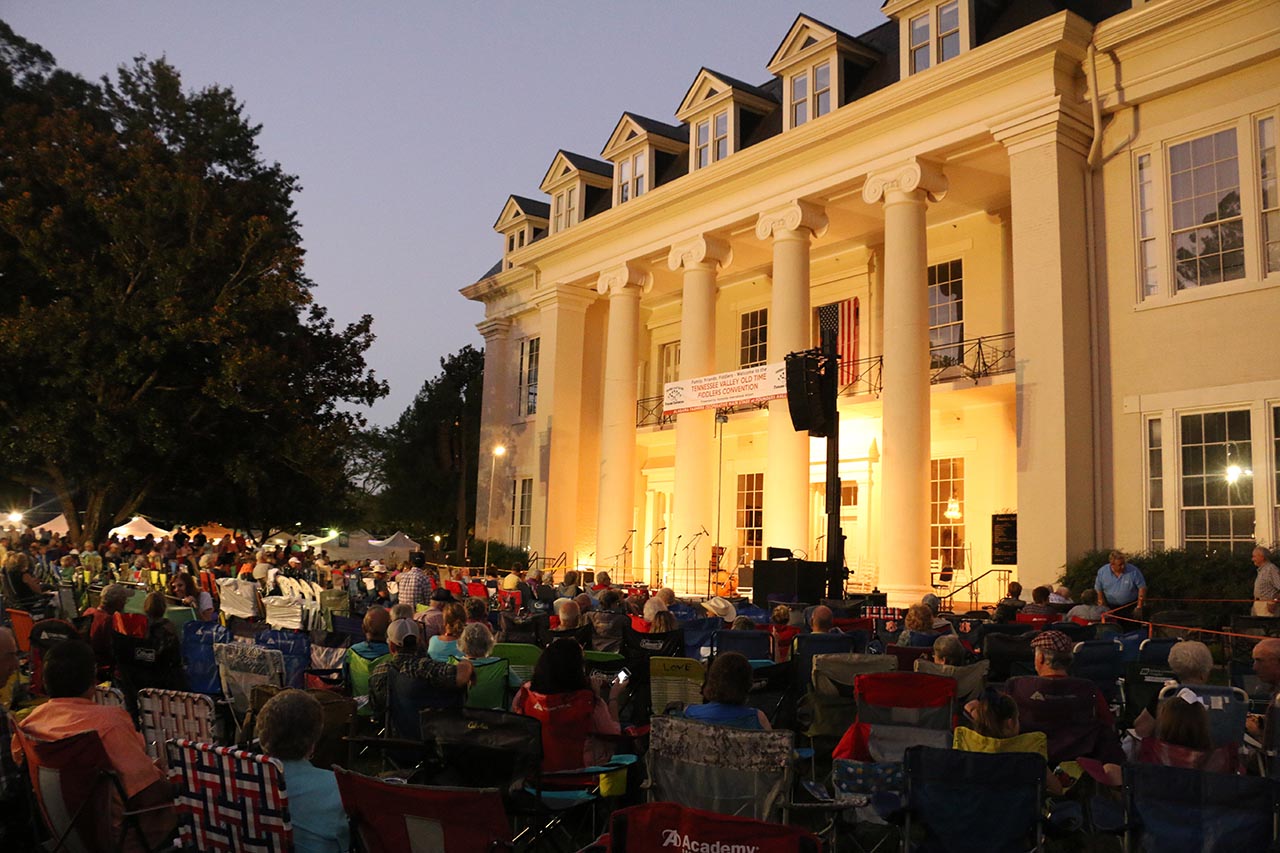 Athens State University will host the 51st annual Tennessee Valley Old Time Fiddlers Convention on October 5-7 at the school’s campus in Athens, Alabama. Musical competitions will be held on the Alabama Farmers Cooperative Main Stage in front of Founders Hall as well as other locations throughout the campus. Over $17,000 in prize money will be awarded.

The convention is sponsored by the Athens State University Foundation, the Greater Limestone County Chamber of Commerce, and the Alabama Farmers Cooperative. Proceeds from the convention fund student scholarships and other university projects.

Maddie Denton, from Murfreesboro, TN, was named the Alabama State Fiddle Champion at last year’s convention. She won the “Fiddle Off,” which pits the top fiddlers from the junior, intermediate, and senior divisions against each other for the prestigious title. This year’s fiddle champ will earn a total of $1,200 in cash and a trophy, along with bragging rights.

Mark Kuykendall, Bobby Hicks & Asheville Bluegrass will kick off the convention on Thursday, October 5 at 7:00 pm on the Alabama Farmers Cooperative Main Stage. The concert is free and open to the public.

This year’s headliner at the Tennessee Valley Old Time Fiddlers Convention will be the dynamic bluegrass duo, Dailey & Vincent. On Friday, October 6, they will perform two shows on the Alabama Farmers Cooperative Main Stage, the first at 4 p.m. and the other at 6 p.m. Hailed as the “Rockstars of Bluegrass,” Dailey & Vincent’s exciting performances have earned them three Grammy nominations, four Dove Awards, and membership into the Grand Ole Opry.

Approximately 150 booths featuring old-fashioned arts and crafts are part of the convention. Convention-goers will see everything from traditional artwork to coal-fired metal works.  Food vendors will also be on hand to provide anything from a quick snack to a full meal.

Contests begin Friday, October 6 at 7 p.m. following Dailey & Vincent’s performance and will resume on Saturday, October 7 at 8:30 a.m. with activities culminating Saturday night as the new Alabama State Fiddle Champion is crowned. The cost of admission is $15 per adult for Friday, $15 per adult for Saturday, or $20 per adult for a weekend pass. Children under 12 will be admitted free with a paid adult. Advance tickets are available from the Athens State Business Office located in Founders Hall at 300 North Beaty Street.

This project is made possible in part by a grant from the Muscle Shoals National Heritage Area.