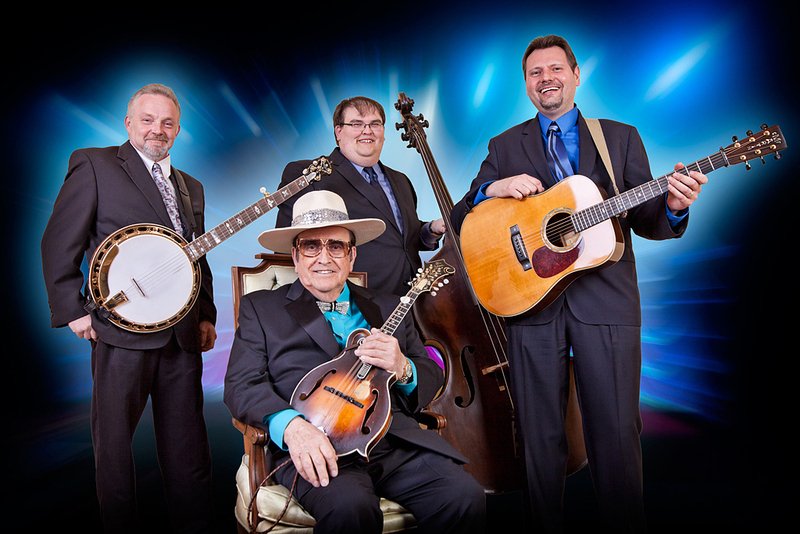 The fiftieth anniversary of the Tennessee Valley Old Time Fiddlers Convention is offering added forms of entertainment to this year’s line-up.

On Thursday evening, October 6 at 7 p.m. Bobby Osborne & the Rocky Top X-Press take the stage in McCandless Hall for a special anniversary concert. This concert is free and open to the public. Seating is limited so plan to arrive early.

Well known as a legendary giant in bluegrass music, Bobby Osborne continues to be on the cutting edge of the now enormously popular music form.  His instantly recognizable, quality high lead and tenor voice and inventive mandolin stylings remain unsurpassed.

Prior to the concert, there will be an unveiling of the fiddler sculpture in the courtyard behind Founders Hall at 5:30 p.m.  Chain saw carver Roark Phillips was commissioned by the University to carve a man playing a fiddle from the remains of a dead red oak tree in the school’s courtyard behind Founders Hall.  The tree had to be removed due to safety concerns. The created sculpture honors the yearly October event which can bring as many as 15,000 people to the Athens campus.

Also on Thursday at 6 p.m., following the unveiling, there will be a dedication of the Tennessee Valley Old Time Fiddlers Convention Museum located in the lower level of McCandless Hall. This permanent exhibit will house memorabilia covering the history of the music competition and the impact it has had on both the area and the music industry.

All Thursday evening events are free and open to the public.  For more information visit www.athens.edu/fiddlers.