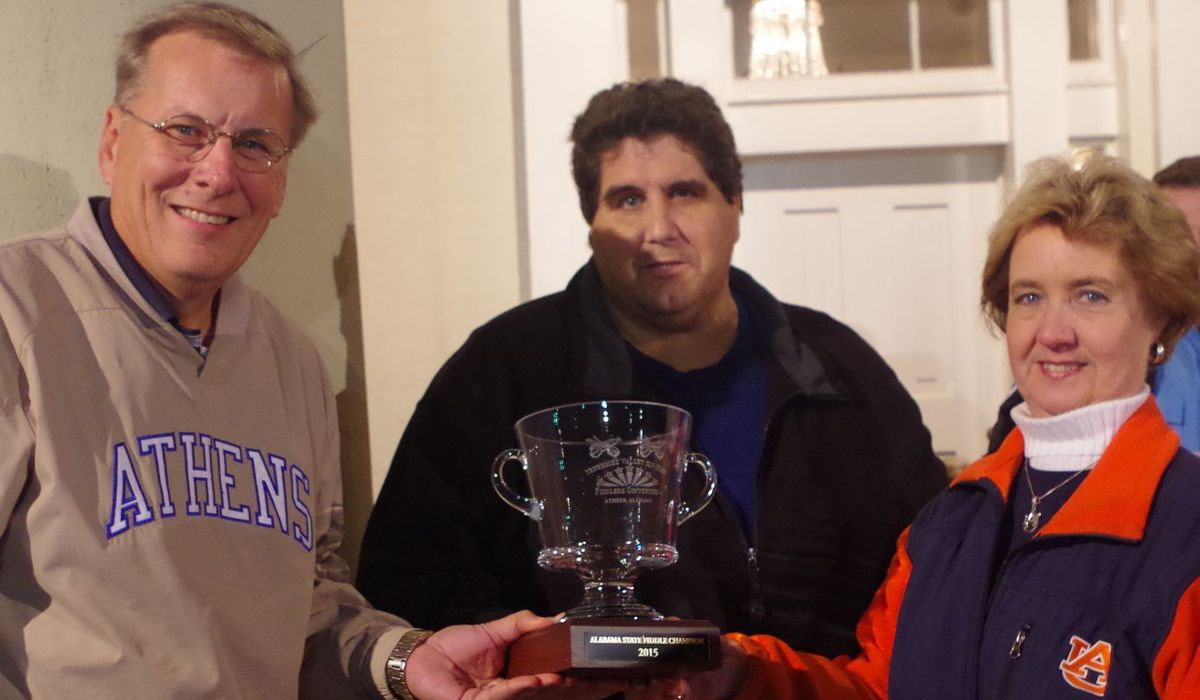 Mark Ralph of Somerville, Alabama, won the title by winning the “fiddle off” which pits the top fiddlers from the junior, intermediate, and senior divisions. Andrew Lin of Lexington, Kentucky finished runner-up. Ralph, who won the intermediate fiddle division, earned the convention’s top prize of $1,000.